Healthy Water Campaign Begins in May 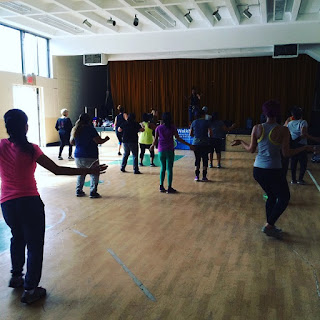 A photoshoot on Thursday, March 3 captured New York public school students from PS 294 and others engaging in various activities while enjoying a drink of fresh water.

The photoshoot is part of the Partnership for a Healthier NYC of which Bronx Health REACH is the Bronx borough lead development of a city-wide campaign to increase water consumption in New York City.

Residents in the South Bronx have some of the highest rates of diet related diseases including overweight and obesity, diabetes and heart disease compared to residents in the rest of New York City.

When people don’t drink enough water, they are more likely to drink soda and other sugar-sweetened beverages, which have been linked to weight gain and obesity. The campaign is scheduled to run from May to September 2016 and includes advertising on bus shelters and distribution of flyers and other promotional material by street teams at various Bronx summer events such as Boogie on the Boulevard.
at 2:35 PM