The Bronx Salad Media Coverage by DNAinfo and PIX11News 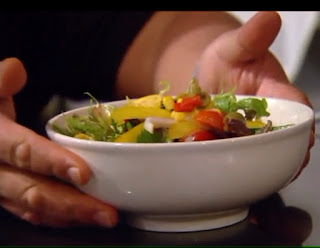 Recently, DNAinfo and PIX11News covered the Bronx Salad. You can view the PIX11News video segment here.
Below is the DNAinfo article:
'Bronx Salad' Aims to Improve Health in the Borough by Eddie Small October 3, 2016
Food in The Bronx normally conjures up images of people chowing down on ballpark snacks at Yankee Stadium or the overstuffed subs on Arthur Avenue, but a group of Bronxites are now trying to make salad an iconic dish for the borough.
The Bronx Salad will consist of mixed greens, red peppers, red onions, olives, tomatoes, corn, black beans, plantain chips, mango and avocado, a recipe conceived by Chef King Phojanakong, who is also the man behind The Bronx Greenmarket Hot Sauce.
The project is a collaboration between Phojanakong, the economic development group SoBRO, the Institute for Family Health and the United Business Cooperative, a group of restaurant owners primarily located in the South Bronx.
It is meant to increase the amount of healthy food options available in the South Bronx, and the plan is to initially serve the dish in local restaurants and eventually offer it throughout the borough in bodegas and schools as well.
"When you think 'Bronx,' you never think 'healthy,' so how could we associate health with The Bronx?'" said Henry Obispo, president of the United Business Cooperative. "...That is when we thought of The Bronx Salad."
The salad's ingredients were chosen to represent the diversity of The Bronx, with items like black beans and plantain chips meant to reflect the borough's large Latino population.
Organizers launched an online fundraising campaign to help finance the project that has amassed $4,472, surpassing its $3,640 goal.
The money is meant to help buy ingredients for the salad and make it cheaper for restaurants to start serving the dish.
"We want to incentivize the restaurants to use it, to put it in their menus," Obispo said. "The idea is that we will subsidize a lot of the ingredients."
Organizers will now focus on sourcing ingredients for the salad and plan to get them from local places, such as SoBRO's roof garden and other community gardens throughout the borough. They hope to be ready to serve the dish in restaurants by the beginning of next year, as it is not ready to debut at eateries yet.
The salad is a response to the extremely poor showing that The Bronx had in the Robert Wood Johnson Foundation's rankings of New York counties by health. It was in last place out of all 62 counties in both health outcomes and health factors.
Phojanakong said he has always been interested in getting people to eat healthy foods, and that interest has only intensified now that he has two young children of his own.
"Whatever I can do to make people aware of healthy food and making good food and kind of just reaching people through that is something that I’m always interested in," he said.
Rosa Garcia, owner of the Mott Haven Bar and Grill, said she would be open to serving the salad at her restaurant once it is ready, describing the recipe for it as both tasty and nutritious.
"I’m always open to helping anyone trying to come up with any new ideas," she said. "I mean, the salad looks very delicious, and it’s very healthy."
The original article can be found here.
at 2:10 PM