Rev. Dr. Theresa Oliver, Always Willing to Help Someone Along the Way 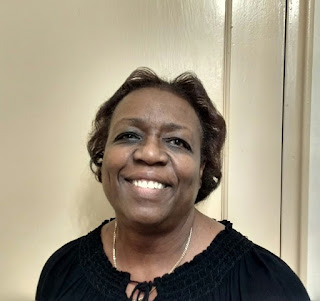 Bronx Health REACH continues its series on individuals who have made a significant contribution to the Institute for Family Health's Bronx Health REACH, and have also been strong activists for needed change in the Black and Latino communities in the Bronx. A notable member of this group of change agents is Rev Dr. Theresa Oliver, Pastor at Mt. Zion CME Church in the Bronx, New York, and a partner in the Bronx Health REACH faith based outreach initiative.

Growing up in Fairfield, Alabama outside of Birmingham, Rev. Dr. Theresa Oliver didn't realize how unjust the separate but equal policies were until a visit to the dentist’s office when she was in college. "I went with my mother to the dentist’s office and the Blacks had to sit in a waiting room in back that was separate from the main room in the front. I was trying to read one of my textbooks but found it difficult to concentrate as there was a lot of talking by others in the waiting room. I noticed that the other waiting room was empty so I sat down in that room, and was able to read in silence. After a few minutes the receptionist came out and informed me that I was not allowed to sit there. I asked her why, and I can't recall if she gave me an answer, but I was so annoyed and ended up going outside to sit in the car. That experience did something to me as I kept thinking, no one else was sitting in that room and I didn’t see why my sitting there and reading quietly to be a problem, but that receptionist was so insistent telling me that I had to leave. That encounter deeply affected me."

After graduating from Miles College Rev. Oliver married and moved to New York starting a career as a registered medical technology staff member at Bellevue Hospital working the overnight shift. "I preferred the overnight shift because it was good for my mental health. During my breaks I would open up my bible and this particular scripture would always pop up:


The Year of the Lord’s Favor
The Spirit of the Sovereign Lord is on me,
because the Lord has anointed me
to proclaim good news to the poor.
He has sent me to bind up the brokenhearted,
to proclaim freedom for the captives
and release from darkness for the prisoners,
to proclaim the year of the Lord’s favor
and the day of vengeance of our God,
to comfort all who mourn,
and provide for those who grieve in Zion—
to bestow on them a crown of beauty
instead of ashes,
the oil of joy
instead of mourning,
and a garment of praise
instead of a spirit of despair.
They will be called oaks of righteousness,
a planting of the Lord
for the display of his splendor.
Isaiah 61:1-3 NIV

After seeing this scripture always pop up at various times the turning point came when one of the church members told me that I was going to be a pastor at another church. As he was speaking to my heart, I put my faith in the Lord and enrolled at New York Theological Seminary. I received a Masters in parish ministry and eventually got a doctorate. The pastor at my church decided to move to South Carolina and requested I replace him as pastor, so I have been a pastor at Mount Zion CME Church since 2000."

In 2010 Rev. Oliver was introduced to Bronx Health REACH through Dr. Sandra White, a sister of a Mt. Zion pastor. "Dr. White told members of our congregation about a program that would introduce healthy eating to our congregation. "I became interested because my doctorate was on holistic ministry and improving the health among African- Americans. There has always been a stigma around discussing health within our congregation - that's from the secrecy that we always had in the South with people; you just didn’t go to the doctor on a regular basis for a check-up. If you did, by that point it was too late and there was nothing that the doctor could do to make you better.”

Bronx Health REACH started a nutrition program with Mt. Zion, and at the first meeting, staff from Bronx Health REACH passed out survey sheets for the congregation to complete. It consisted of questions around the health and eating habits of those participating. “Other than a few members, I was surprised to find that everyone completed the sheets. Our church would go on to host a couple of health fairs, and eventually we began serving healthier food at our church dinners. We also eliminated soda. To this day we use the fruit infused water pitchers to serve water flavored with pineapple and orange. The parishioners love it and I like to see them drinking that rather than soda."

When funding for that program ended, Rev. Oliver was asked if she would continue to work with Bronx Health REACH, even though there was no stipend to do the work. "My answer was yes, I wanted to continue working with Bronx Health REACH because the work that has been done is so important in improving the health and well-being of those in our church. We have gotten people to open up about their health, talk about improving their diets with fresh fruits and vegetables, do blood pressure checks and hold exercise classes.”


Rev. Oliver’s past encounters with racism motivates her to fight for health equity on behalf of African-Americans and Latinos residing in the Bronx as a member of the Health Disparities workgroup. Looking back, the path Rev. Oliver chose turned out fine, "If you can help somebody along the way, then your life won’t be in vain. I am happy where I am.”