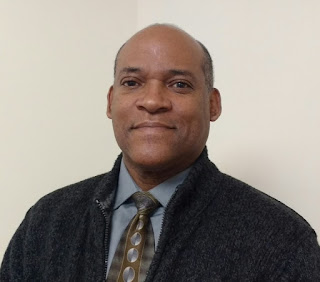 Joseph Ellis attended his first Bronx Health REACH faith based outreach meeting in 2006. He didn’t realize at the time, but that meeting would eventually lead him to becoming an employee of Bronx Health REACH. As a member of the Bronx Deliverance Center of Faith Church, Joseph was drawn to the faith based meetings due to the healthcare component. As a deacon in his church one of his roles is to distribute health materials and educate fellow parishioners on the importance of healthy eating and being physically active. He was instrumental in having two diabetes workshops held at the church; something that had not happened before.

In 2007, Joseph was hired as an outreach organizer at Bronx Health REACH to create linkages between Bronx Health REACH and churches in the community. His role was to  encourage them to establish health ministries. Joseph, keenly aware that the church pastor sets the tone for the healthcare ministry in a church understood the importance of engaging pastors in the effort. “If a pastor is interested in having a healthcare ministry, then that congregation will have a healthcare ministry, but if the pastor has no interest, an interested church member will have to create and advocate for it, and will find it difficult to get it going without the pastor's blessing.”

In addition, Joseph assisted with the implementation of four Bronx Health REACH initiatives with the faith based partners: Fine Fit and Fabulous, a nutrition and fitness program; The Culinary Initiative, a healthy cooking course for culinary committee members; God’s Health Squad, a youth nutrition program, and The Way, a support program for congregants living with diabetes. Joseph particularly remembers the successes of the Culinary Initiative, “One church had been serving fried foods but once they got on board and revamped their kitchen, they started making such changes as baking instead of frying foods, and serving brown rice rather than white rice,” Joseph recounted.

Unfortunately, funding for the grant that supported his role with the faith based programs ended and Joseph's position was eliminated. He continued to attend various healthcare events in the Bronx and would always run into Bronx Health REACH Director, Charmaine Ruddock. “ After one of the events, Charmaine sent me an email asking if I would be interested in a community health worker position in the newly created Vegetable and Fruit Prescription Program at three of the Institute's Bronx health centers. I came in for an interview and was hired.”

Working at the Institute for Family Health’s three Bronx health centers Joseph has discovered that there are many challenges obese patients face when looking to exercise and lose weight. “I gave one patient a flyer about the Saturday exercise classes held at Stevenson. She looked at the photo in the flyer, which depicted thin people doing exercises. Thinking that she would be the only overweight person in the exercise class, she felt she would be embarrassed in the class and discouraged from attending.”

Joseph realizes that though he is not able to make every patient he sees healthy overnight, he can encourage them to take the necessary steps by educating them about eating healthier; promoting attendance at food demonstrations at the health centers; encouraging patients to go on organized tours of neighborhood supermarkets and bodegas to identify healthy food they can purchase; and by conducting tours of neighborhood farmers markets and distributing Health Bucks to those who attend to purchase vegetable and fruits at the markets.