On October 24, thousands of Americans across the country came together and planned events in celebration of Food Day, recognizing that food in its most natural, unprocessed state is healthiest for us. There were 300 Food Day events in New York State alone, some of which were hosted by organizations in the Bronx. Notable among these were Lehman College / CUNY Institute for Health Equity; NY State Senator Gustavo Rivera in partnership with the Committee of Interns and Residents and the Mary Mitchell Family and Youth Center; Morrisania WIC; and PS 218. 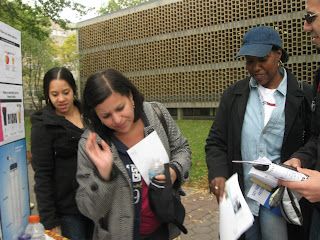 At Lehman College, students stopped by tables in between their classes to learn about healthy eating, sample healthy snacks, and take a survey asking about healthier options they would like to see in the school’s vending machines. In keeping with the theme of Department of Health’s new ‘sugary free’ drink campaign, Bronx Health REACH promoted awareness of the high amounts of sugar in commonly consumed beverages. Water was promoted as the healthy alternative. Several students expressed great surprise as to the amount of sugar in such beverages as Mountain Dew, with its 77 grams of sugar in a 20-oz bottle. The event was hosted by Lehman College’s Department of Health Sciences, The Office of the Dean of Natural & Social Sciences and the CUNY Institute for Health Equity. 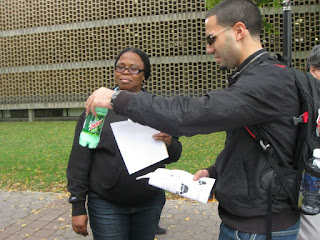 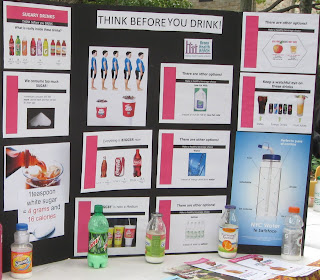 At Mount St. Ursula School in Bedford Park, Borough President Ruben Diaz, Jr. and State Senator Gustavo Rivera celebrated Food Day by kicking off a Family Health Challenge. This health initiative, developed alongside the Mary Mitchell Family and Youth Center and the Committee of Interns and Residents, asks students and their families to set small weekly goals for themselves, such as drinking only water and low-fat milk (no soda or juice), eating one piece of fresh fruit a day, and eating whole grains. The Challenge is the last component of Senator Rivera's Bronx CAN Health Initiative. Students at Mount St. Ursula, as well as 50 sites participating in Montefiore’s School Health program and a number of additional public schools such as PS 218, will be taking the Challenge. At the kickoff, Dr. Jane Bedell of the Bronx District Public Health Office spoke about the national obesity epidemic and how it will grow if we do not do something now. Heidi Hynes, Executive Director of the Mary Mitchell Family and Youth Center spoke on the right of every person to have access to fresh, healthy, affordable food. Dr. Appel of Montefiore Medical Center's School Based Clinics spoke about food accessibility, and a Montefiore nutritionist took the auditorium full of students through a presentation on eating colorful foods. Both the Senator and Borough President stressed the importance of taking small steps and making small changes over time to achieve a healthy lifestyle.

At the Morrisania WIC clinic on Gerard Avenue, participants were invited to: prepare and sample a soup made with locally grown winter squash, learn about community supported agriculture (CSA), locate a community garden in their neighborhood, learn about foods that grow in New York, view trailers of local food movement films, and more. Across the street at PS 218, third grade students participating in Bronx Health REACH’s obesity prevention program were given samples of a vegetable and pasta dish, one of the Office of School Food’s plant-based menu options. 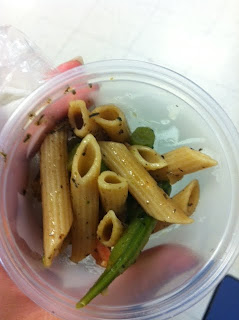 In the evening, Veggiecation and the Columbia Grammar and Preparatory School hosted “EatNYC,” an event offering tastings of food from some of NYC’s finest restaurants committed to serving healthy food from local growers. There were also talks by several distinguished keynote speakers, and streaming of LUNCH NYC episodes, a television series exposing health conscious individuals, organizations, and events in NYC. The event was a fundraiser for organizations in NYC promoting school wellness. This is a fundraising initiative of the Bird’s Nest Foundation, which recently donated 100 garden boxes to NYC elementary schools through its Ground Up Campaign in collaboration with the NYC Strategic Alliance for Health. 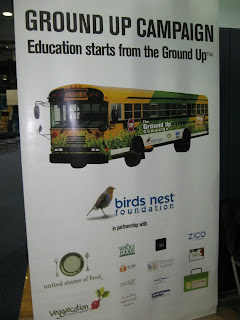 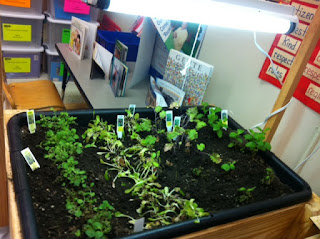 For Food Day, the NYC Department of Health & Mental Hygiene launched a new webpage, www.nyc.gov/nycfood, with all of the city resources New Yorkers need to know about food.
Several other useful websites were also launched, such as a tumblr page with recipes contributed by New Yorkers, and a Vimeo channel compiling videos about accessing and eating healthy food in NYC.

On Sunday, October 23, people of faith from across NYC came together at Riverside Church for a Faith, Food Justice and the Farm Bill event. The focus was on the lack of access to fresh, healthy, affordable food faced by low-income neighborhoods such as South Bronx, Central Brooklyn and East and Central Harlem. Rev. Derrick Boykin from Bread for the World and Walker Memorial Baptist Church spoke about the Farm Bill as a “stewardship bill of our nation’s bounty, with both domestic and international ramifications.” He highlighted the need to reform the food system while also protecting safety nets. Wenonah Hauter, Executive Director of Food & Water Watch, spoke about the problems with the current food system: namely, that corporate lobbyists’ tremendous influence on Congress enables big agribusiness and food corporations to dominate the market. She also stressed that while corporations spend billions of dollars advertising processed foods, many farmers are not even paid fair wages for their work.

There were two panel discussions. The first set of panelists spoke about the impact of the food system on those who must rely on food aid and those who live in areas that lack direct access to fresh, healthy, affordable food. The second panel presented Solutions for Change, with information about programs offered by local and international organizations, and how funding for these programs could best be leveraged through allocations in the Farm Bill. Organizations represented included Just Food, the NYC Community Gardening Coalition, Corbin Hill Rd Farm, East New York Farms, Rural Migrant Ministry, WHY Hunger, American Jewish World Service, Sojourners, New York Faith and Justice, and the NYC Food and Farm Bill Coalition. More information about the Farm Bill and how to take action can be found at http://foodbillnyc.wikispaces.com/.
at 11:12 AM