Does Soda Need a Warning Label? 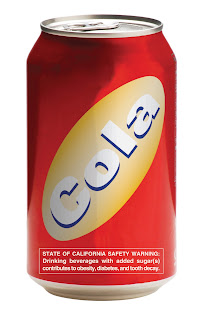 The harmful effects of cigarettes have been well documented, requiring them to have warning labels on the package. With  recent studies revealing the harmful health effects, should soda also have a warning label? New York State Assembly Member Jeffrey Dinowitz and state Senator Gustavo Rivera believe so and have introduced legislation (Assembly Bill 2320-B& Senate Bill S 6435)  requiring that any sugar sweetened beverages sold in New York State have a warning labels.

The label would state:

The label would be affixed to any carbonated or noncarbonated sweetened nonalcoholic beverage that has seventy-five calories or more per every twelve fluid ounces. Warning labels would not be needed for beverages consisting of one hundred percent natural fruit juice or natural vegetable juice that does not contain caloric sweeteners. A larger sign/poster would be posted in places such as restaurants and any establishment that dispenses sodas.

California lawmakers tried to pass similar legislation (SB203) but the bill died in committee in April 2015. CalBev, the California arm of the American BeverageAssociation, argued against the California bill by stating that soft drinks are not “uniquely responsible for weight gain,” and added that affixing a warning label would not change behaviors or teach people about healthy lifestyles.

But contrary to what CalBev has stated, various studies have confirmed that a warning label for soda is warranted. The California Center for Public Health Advocacy (CCPHA) states in a factsheet, “An overwhelming body of scientific research shows that liquid sugar is uniquely harmful because it gets absorbed so quickly, and much faster than solid food. When sugar floods the bloodstream, it overloads the pancreas and causes the liver to store much of the sugar as fat – which leads to fatty liver disease. Both of these conditions contribute directly to diabetes. Research shows that drinking one or two cans of a soda a day increases the risk of developing diabetes by 26 percent.”

Nutrition experts agree that sweetened beverages, such as soft drinks, energy drinks, sweet teas and sports drinks, offer little or no nutritional value, and contain large quantities of added sugars. A 20 ounce bottle of soda contains the equivalent of approximately 17 teaspoons of sugar, whereas the American HeartAssociation recommends consuming no more than five to nine teaspoons of sugar daily.

In New York City the harmful effects of soda consumption are more acute. Providing testimony before the New York State Assembly Standing Committee on Consumer Affairs and Protection on April 13, 2015, Christine Johnson, Assistant Commissioner of the Bureau of Chronic Disease Prevention and Tobacco Control at the New York City Department of Health and Mental Hygiene stated, “In New York City, 56% of adults are overweight or obese and over 10% have diagnosed diabetes. Rates are even higher in New York City’s poorest communities, which also bear a greater burden of chronic disease.

Nearly a quarter of adults drink at least one sugary drink per day, and consumption rates are nearly double in New York City’s lowest-income communities compared to the highest-income communities, and over 40% of New York City public high school students report drinking one or more sugary drinks daily. The proportion of New Yorkers regularly consuming sugary drinks has declined in recent years; however, these rates are still too high.”

A study funded by the Healthy Eating ResearchProgram of the Robert Wood Johnson Foundation, and conducted by University ofPennsylvania, Harvard T.H. Chan School of Public Health and the University ofWaterloo asked 2381 parents to select a beverage from a simulated vending machine containing a variety of were sweetened and unsweetened drinks. The study revealed that those drinks with warning labels were three times as effective in making parents less likely to purchase a sweetened beverage. The warning labels also were effective among parents of varying educational backgrounds revealing that not just the most educated parents read the labels, but all parents read and considered the labels.

Assembly Bill 2320-B & Senate Bill S 6435 is important. Having that warning on soda labels means that each time a consumer goes to buy or drink that soda they would know of the danger to their health and hopefully, would put that soda down.  We know, however, that getting these two bills passed will not be easy. It will draw the ire and enormous money and power of the Soda Beverage industry to defeat it. The Bronx Health REACH Coalition knows how critical it is to reduce the overweight and obese epidemic in the Bronx  where 2 in 3 adults are overweight or obese, and where 4 in 10 public school elementary students are either obese or overweight. Efforts of our policy makers to make it easy for residents to make healthy choices is extremely important.

Should warning labels be placed on soda? Join in the conversation below.