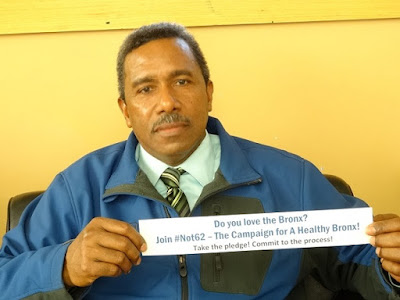 We were saddened to hear of the passing in December of one of our partners, Ramon Murphy, the President of the Bodega Association who had played a large role in Bronx Health REACH’s Healthy Bodega Initiative over the past four years. Mr. Murphy was a long time bodega owner and a tireless advocate on behalf of the more than 5,000 Bodega Association members. He provided input and helped lead the training sessions for bodega owners on how they can profitably transform their stores to serve healthy food to their customers.

As a huge champion of the Healthy Bodega Initiative, Mr. Murphy worked with Spring Bank, a local community bank, to offer bodega owners participating in the bodega trainings very attractive loans for store improvements. He encouraged Goya Foods to supply their 'Better For You' low sodium products to participating Bronx bodegas; and provided valuable insight in the development of the Healthy Bodega marketing campaign. He made it clear that bodegas and their owners, as key community fixtures, viewed improving the health and well-being of the community a priority because without healthy customers neighborhood bodegas would not survive. He will be sorely missed.

Mr. Murphy can be seen in a video about the Healthy Bodega Initiative.