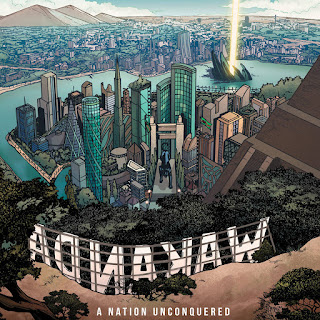 Are there lessons from Wakanda, the fictional country in the movie, Black Panther that we can apply to the Bronx, our own special place? Maybe not specific lessons, but for the only NYC borough with a majority population of color used to being discredited and disparaged we feel a kinship when Carvell Wallace from the NY Times in an essay on the movie “Black Panther” writes,  “Wakanda is a fictional nation. But…[it] must also function as a place for multiple generations of black Americans to store some of our most deeply held aspirations. We have for centuries sought to either find or create a promised land where we would be untroubled by the criminal horrors of our American existence.” Like director Ryan Coogler with Wakanda, Bronx Health REACH's vision for the future Bronx is a place where its residents are no longer troubled by its history of poverty and want but a place where triumph is the watchword for the new order. Where it is not 62nd out of 62 counties in health outcomes.  Where it is not the poorest urban congressional district.  Where housing is good and affordable. Where safety is the new watch word.  Where people live long and healthy because they get to eat right and exercise more. Where graduation rates are the best.  Changes not brought about through gentrification but through a changed socio-economic circumstances for the Bronx black and brown people. In his love letter to the filmgoers who went to see Black Panther, Coogler’s post script, was ‘Wakanda forever’, our postscript is “Bronx forever” #Not 62 #wedreamaworld #Bronxforever.
at 6:18 PM